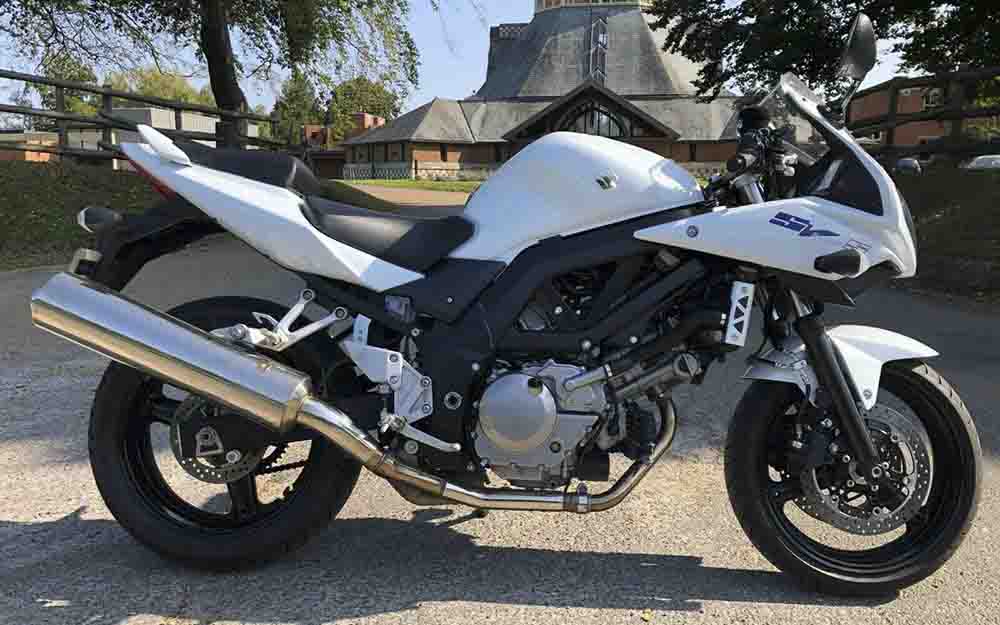 Yes you can and we’ll explain in more detail below.

So is it safe to make the switch?

This question normally comes from owners of early Yamaha YZF-R6s or Suzuki SV650 models. On both of those you will need to raise the front mugduard up slightly to give clearance.

When you run the sums, you can see the 70 tyre has a taller profile:

We bet that, for most of us, we wouldn’t notice the difference in a back to back test, however some riders also drop their forks by 10mm to compendsate for the taller tyre.

The main benefit of a 120/70 isn’t down to any weird physics, weight transfer or improved contact patches. It is simple that by ditching the 120/60 in favour of a 120/70 you open up access to a far greater range of tyres. New tyres. Tyres that have been developed in the last few years, using the latest technology, rather than an older tyre that a manufacturer continues to produce in 120/60 size because there’s a trickle of demand.

For example, the Suzuki SV650 is a very popular mini-twin race bike and all of those riders will be running a 120/70 front.

We can’t think of a modern bike that comes with a 120/60 on it but we do get bikes in the workshop with a 120/60 still fitted. These are usually bikes that have been stood around for a while and snapped up by a collector / restorer on eBay. The new owner wants to ditch the wooden, decade-old tyres for something that will actually grip.

Please rate this article for us

Still stuck? How can we help?

How can we help?

Can I fit a narrower rear tyre to my motorcycle?