On orders over £150 to mainland UK 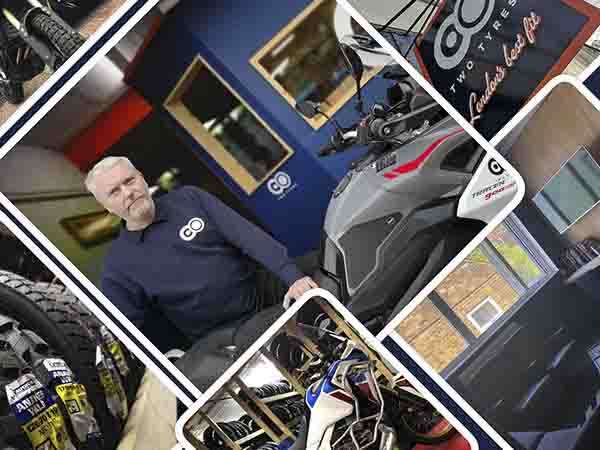 Two Tyres was set up by Chris, formerly of FWR in Kennington. Chris has over 20 years’ experience fitting motorcycle tyres. He’s also joined by our mechanic Dean, who worked alongside Chris for 10 years at FWR tyres. Between them they’ve fitted tyres to thousands of bikes.

Here at Two Tyres we have over 300 tyres in stock at any one time. We hold all the common fitments. We are approved by every major brand and hold direct accounts, which ensures our prices are competitive. If we don’t have it in stock, we can get it for you, for next day fitting.

We’re something of a specialist in tyres for Adventure bikes. We hold around 50% of every Adventure-specific tyre available, from popular road-focused Adventure-bike tyres, to dual sport tyres and even competition-spec knobblies.

We also carry a huge range of tyres for scooters and 125cc bikes and we have a mail order service which is popular with those looking for cheap motorcycle trackday tyres.

Alongside tyre fitting we can also fast-fit any consumables from our London workshop. From chains and sprockets, to brake discs and pads, oil changes and repair work. 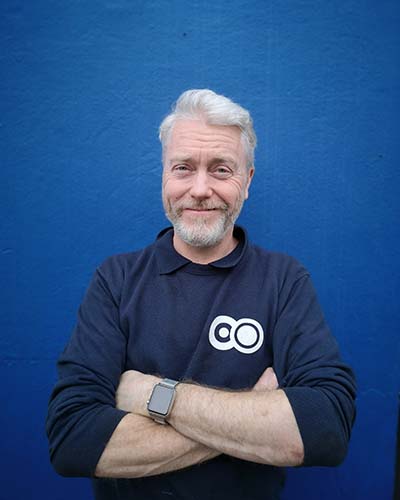 Chris heads up the operation at Two Tyres. He spent almost 20 years running FWR tyres in Kennington and over those years he’s helped thousands of customers get on the best rubber for their bike and riding conditions. He’s a tyre obsessive; just shout out a weird tyre size and he’ll be able to tell you the bike it goes on. As you can imagine, we have to endure this on a daily basis but it does come in handy! He’s a music snob, so if he asks you what your favourite album is, just reply with any of the NOW That’s What I Call Music back catalogue to send him into meltdown.

Dean’s our highly skilled mechanic. He’s been on the tools for a decade and when we pressed him for a number of tyres he’s fitted to bikes, he said he stopped counting at 5,304. Dean also worked at FWR motorcycle tyres alongside Chris and is a well known face to many London bikers. If it has two wheels and an engine, Dean can fit tyres to it or fix it. When it comes to working on problem bikes, his oft-used expression of ‘it’s only nuts and bolts’ gives a reassuring air of calm in the workshop. Dean’s a trackday-addict and can be regularly seen bothering apexes on his GSX-R750 at tracks around the UK and across Europe.

Ben heads up the computer stuff at Two Tyres. A long time ago he founded motorcycle website Visordown and spent a decade road testing bikes all around the world and recvkons he’s tested well over 200 different bikes. A decade ago he raced in the British Superbikes 848 Challenge and given half a chance he’ll bore you with his tale of his best finish, a glorious 12th (or was it 13th?) place. These days he seems to spend more time buying bikes than actually riding them.

Best biking moment: A week riding in Lesotho on a Honda CRF150

As you can see, between us we have a wealth of knowledge and we take pride in matching you up with the right rubber so you can get the most from your bike. Just give us a shout with any questions on 0207 205 2205 – we look forward to meeting you.